Up in the Air,
Watching Elsewhere
THURSDAY, DECEMBER 3, 2009 -- I've never read Up in the Air, the Walter Kirn novel about frequent flyer program freaks. I don't know a lot of frequent flyers who have read the 2001 book, although enough folks must have because it became a best-seller.

Up in the Air hits what the motion-picture industry calls "select theaters" tomorrow and the advance buzz on the flick has been great. A lot of critics are touting the star, George Clooney, for an Oscar nomination, too.

Tell ya what: I ain't gonna see it. For starters, I don't go to movie houses. If I really want to see a film, I wait for it to hit DVD and then I buy it and watch it in the comfort of my own home. Or I catch flicks randomly in-flight when I'm really bored on a long flight. (By the way, this was a bad summer for movies, so don't expect much on the in-flight systems just now. I was reduced to watching 500 Days of Summer on a flight last month.)

Then there's this: I find miles-and-points freaks just a bit creepy in their obsession with the game. And since Clooney's character is apparently a corporate hitter who goes from place to place firing people, I do not need a celluloid representation of a life I used to live, albeit without Clooney's very good looks, great hair and tailored wardrobe.

Mostly, though, I think movies about our lives on the road need to breathe a little, mature a bit, before we tackle them. They work better as historical set pieces than as reflections of the lives we live now. Besides, not rushing to the movies when a new travel-related flick hits the theaters saves us from turkeys like Snakes on a Plane.

So with all those caveats, let me give you my current list of favorite life-on-the-road movies. Grab 'em where you can, throw one or two into your laptop bag to make up for the lousy in-flight movie choices this month and maybe buy a few as stocking stuffers for your family. It'll help you explain why you are who and what you ar e…

WEEKEND AT THE WALDORF
An American remake of 1932's Grand Hotel, this 1945 version has a gorgeous cast (Lana Turner, Ginger Rogers and the almost-as-pretty Van Johnson and Walter Pidgeon) and a zillion beauty shots of New York's Waldorf-Astoria in its heyday. It's also got Xavier Cugat, who really ran the Waldorf house band back in the day when hotels had house bands. This is the antidote for too many stays at Hilton Garden Inns, Courtyards by Marriott and Four Points by Sheraton. I should know: I did a long weekend at the Waldorf with my frequent-flying wife the year before last and we had a grand old time comparing the hotel then and now. (Tip: There's a sundries shop where Lana Turner's in-house notary/stenographer's office used to be.) And here is great news: Weekend at the Waldorf is finally available again after having been last seen on VHS. 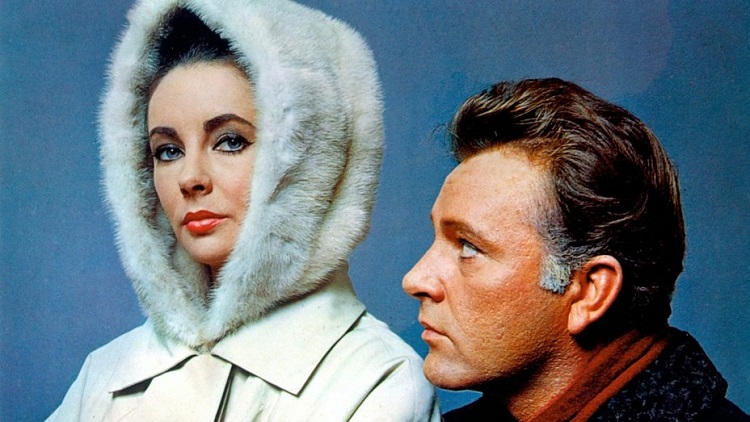 THE V.I.P.s
Another big remake of Grand Hotel, this 1963 British flick moves the action to London's Heathrow Airport in the early days of jet travel, when the "jet set" was a new phenomenon. An awe-inspiring cast (Elizabeth Taylor and Richard Burton; Louis Jourdan; Rod Taylor; Orson Welles; Dame Margaret Rutherford; Maggie Smith; and David Frost) is thrown into a V.I.P. lounge to wait out a long, fog-induced delay. The Terence Rattigan script is supposedly based on Vivian Leigh's real-life attempt to leave Laurence Olivier for Peter Finch. Which might explain why everything about the movie is bizarre: the fashions, the acting, the plot lines and the depictions of global business and business travel. You'll laugh, you'll cry, you'll make fun of Liz Taylor's Givenchy togs--and then you'll wonder why your life on the road isn't nearly so glamorous. This truly is my favorite life on the road movie of all time.

NORTH BY NORTHWEST
The 1959 Hitchcock classic is best known for a remarkable scene where Cary Grant is chased through a field by a crop-duster and its dazzling climax atop Mount Rushmore. But check out the business-travel moments: Grant at the Oak Bar in New York's Plaza Hotel; Grant and Leo G. Carroll at Midway Airport, when it was Chicago's only airport; and Grant in a tight battle of wits with an officious front-desk clerk at Chicago's Ambassador Hotel. And don't miss the scenes on the overnight New York-to-Chicago train. You'll wonder why you've never met anyone as gorgeous as Eva Marie Saint or Cary Grant on a flight. By the way, the TV show Chuck, which I praised several months ago, lifts some foundational concepts from North By Northwest: the beautiful, mysterious blonde secret agent, the baffled but resourceful civilian, a crusty, old-school spymaster pulling strings. The Chuck pilot even flaunts a North by Northwest theater poster in the background of a few scenes.

GROSSE POINT BLANK
This may be the best movie you've never seen. It was in and out of theaters so fast in 1997 that I'm not sure it ever made in-flight movie rotations. It is dark and disturbing--an assassin (John Cusack) goes to his ten-year high school reunion in search of his life and his true love (Minnie Driver)--but it is also a laugh-out-loud comedy. Watch how Cusack plays his character, especially in the hotel-room scenes, and then tell me he isn't playing a stressed-out business traveler. Pay attention to Joan Cusack in the tiny but extraordinary role of the office assistant who keeps her frequent-flying boss on track and on schedule. There are also wonderful supporting performances by Jeremy Piven, Dan Ackroyd and Hank Azaria. By the way, there is a spiritual successor to Grosse Point Blank called War Inc. Both Cusacks sort of reprise their roles, Ackroyd does a take-off of Dick Cheney and it also features Marisa Tomei, Ben Kingsley and a surprisingly effective Hillary Duff. Released last year, it disappeared faster than Grosse Point Blank. I can only recommend it if you're a hard-core film buff and a huge Cusack fan.

ONLY YOU
Seven years after he struck cinematic gold with Moonstruck, producer/director Norman Jewison tried a similar formula in Italy. The result, 1994's Only You, is a clunker. But there's a hilarious, if hokey, scene at Rome's Fiumicino Airport, a nice set piece involving the concierge at the Hotel Danieli in Venice and breathtaking scenery shot in and around Le Sirenuse Hotel in Positano on the Amalfi Coast. Watch for wonderful performances by Robert Downey Jr. and Bonnie Hunt, who steal every scene from the star, a very young Marisa Tomei. The payoff involves a no-nonsense (and previously unseen) business traveler who solves the entire dilemma of the 109-minute movie in about 30 seconds--as he's rushing to catch a flight. That guy's my hero--and the movie is worth it just for his one scene.

NO HIGHWAY IN THE SKY
Here's a British import from 1951 with an international cast led by James Stewart, Marlene Dietrich and Glynis Johns. Stewart is Stewart--bumbling, befuddled, distracted, lovable and heroic--and he saves the day by bucking the establishment over the safety of an important new passenger plane. Johns plays a quintessential 1950s stewardess who falls in love with Stewart, moves in with him and then organizes his life. Corny, charming--and weirdly compelling because the plot is eerily predictive of the mid-1950s catastrophes that befell the De Havilland Comet, the world's first commercial jet.

DÉCALAGE HORAIRE
Retitled Jet Lag for U.S. release, this 2002 French film is Juliette Binoche's first outing after Chocolat. She plays an unhappy hairdresser running away from her life and into unhappy celebrity chef Jean Reno at Paris' Charles DeGaulle Airport. They dislike each other intensely on sight, which, by the laws of fiction, means they must share the last available room at the airport hotel during a flight disruption. You know how this goes: a brief affair, lots of angst, two lives altered and what the French consider a happy ending. But the film is surprisingly effective in showing how a business traveler and a tourist react differently to basic travel snafus.

PLANES, TRAINS AND AUTOMOBILES
Everyone knows Planes, Trains and Automobiles, the 1987 life-on-the-road comedy starring the late John Candy and Steve Martin. It was a huge box office hit and probably the most successful business-travel film of all time. It's quite funny, of course, but, for my tastes, a little too much like our real lives. It makes me squirm. It's on this list because it is a good movie. But it's not one I want to watch again. It's just too close to the bone. Your mileage may vary, however.

Column and JoeSentMe.com Copyright © 2009-2020 by Joe Brancatelli. All rights reserved.